The Swiss Metadatabase of Religious Affiliation in Europe (SMRE) collects and provides data from a wide range of sources on religious belonging in contemporary Europe.

The second phase of the project (2015-2018) is funded by the Swiss National Science Foundation (SNSF). The SMRE-database started as part of Prof. Liedhegener’s subproject #4 of the university research program Religion und gesellschaftliche Integration in Europa (REGIE) at the University of Lucerne, which funded its first phase of development. 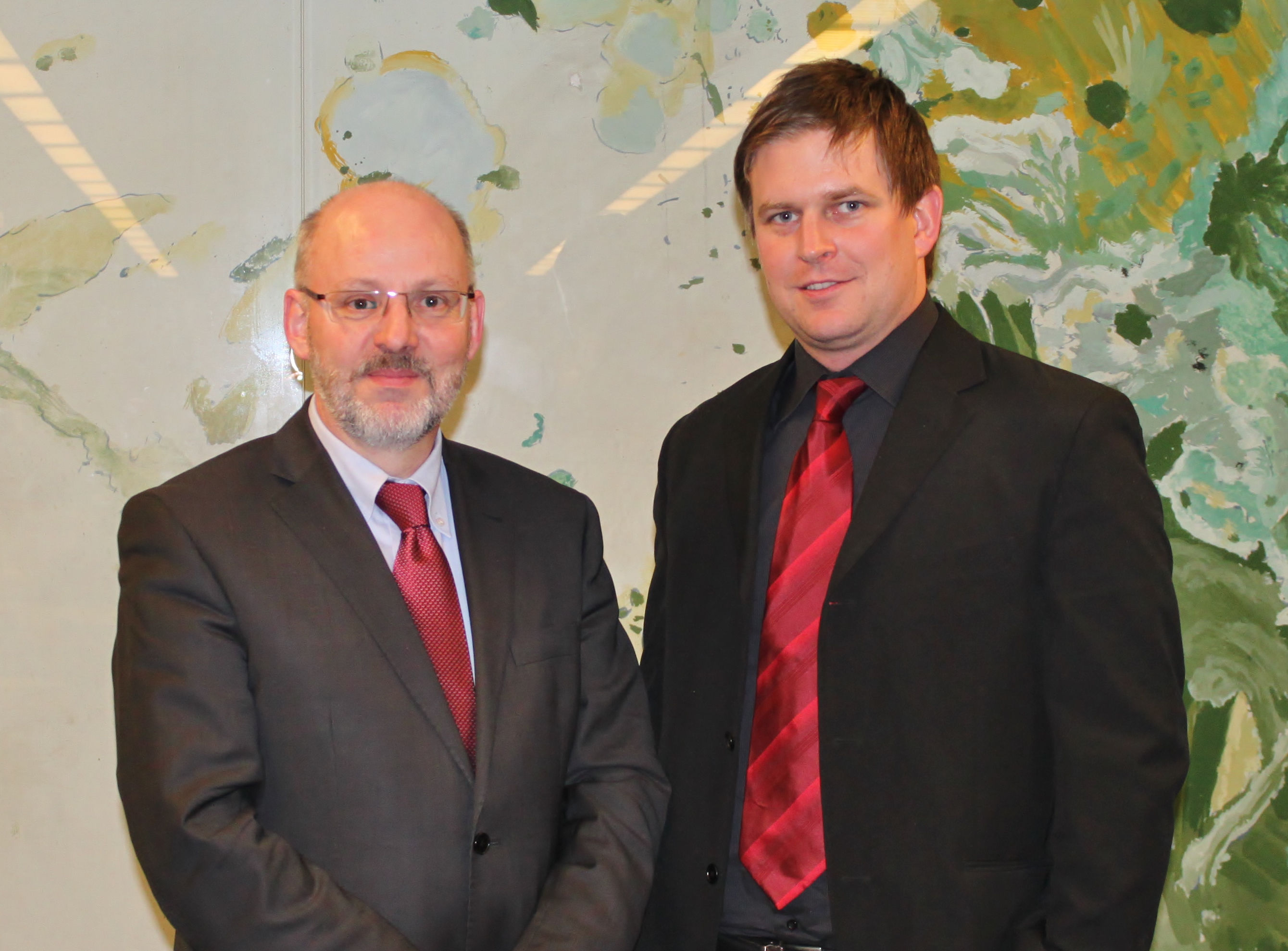 Prof. Dr. Antonius Liedhegener (left) and Anastas Odermatt M.A. (right) at the presentation of the SMRE
at the International Congress of the Researchplatform RaT
at the University of Vienna in February 2013.

Antonius Liedhegener is a political scientist and historian (Zeitgeschichte). He is “Professor für Politik und Religion” at the Zentrum für Religion, Wirtschaft und Politik (ZRWP) at the University of Lucerne. In 2011/12 he was resident fellow at the Max-Weber-Kolleg, University of Erfurt. He is a founder and member of the of the university research program Religion und gesellschaftliche Integration in Europa (REGIE) at the University of Lucerne and co-editor of two book series (Politik und Religion, Springer VS; Religion – Wirtschaft – Politik, Nomos and Pano by TVZ). He published widely on politics and religion in liberal democracies, the politics of religion, religion and civil society, and contemporary religious history.

Anastas Odermatt is Scientist in Religious Studies and Research Staff for SMRE-Database at the University of Lucerne. He studied religious studies and environmental sciences, philosophy and ethics in Lucerne, Zurich and Vienna. He was engaged as co-president and was responsible for politics in one of the largest children’s and youth organizations in Switzerland. After lectureships at high school level and a private-sector involvement in an environmental communications agency, he has completed his master’s degree in 2014. His studies and research priorities are manifestations of religion in Switzerland, religion and integration in Europe and statistics of religion.

For programming the SMRE, the project could employ the local technological know-how of ongoing, an IT company of Switzerland